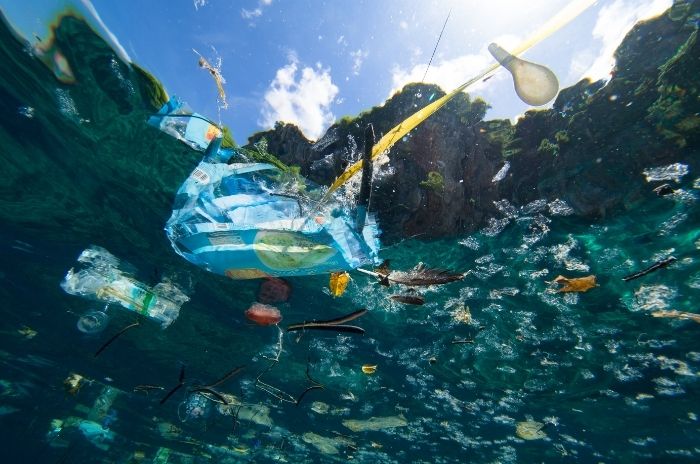 The Parliamentary Assembly of the Council of Europe declared that “access to water must be recognised as a fundamental human right, being water an essential resource for life on earth that must be shared by mankind”.

If the 20th century was the era of the plastic industry revolution for the production of too many products, then the 21st century is the time to address the consequences. Improper handling, lack of information about its negative effect and irresponsible use, as well as the dumping of plastic products, turn this planet into a “plastic planet”.

As well as emerging as solid waste, these plastics have also appeared as a major threat to human and animal health. Not only has it polluted our roads, forests and mountains, but it has also polluted our oceans. But there is an even more serious problem, that of microplastics, which poses a serious threat to the marine ecosystem and is now a matter of great concern.

The impact of microplastics on the climate

The microscopic size of these plastic fragments makes them readily available for ingestion by a range of marine inhabitants, causing adverse effects on their health. The potential of microplastics to absorb various harmful hydrophobic pollutants from the surrounding environment indirectly transfers these contaminants into the food chain. Synthetic fabrics are now widely used in clothing, upholstery, carpets and other similar materials. “Fabrics based on these materials have the potential to release microplastics (size <5 mm) into the environment during manufacturing and cleaning operations” as highlighted in a major study by STIIMA-CNR” by R.Mossotti in an interesting cutting-edge paper published in ScienceDirect Elsevier entitled “Assessment of microplastics release from polyester fabrics: The impact of different washing conditions“.

Therefore, in order to tackle this serious problem of microplastic pollution in the marine ecosystem, different policies and rules need to be formulated. In order to avoid future threats, it is important to stop further production and to replace plastics with alternative environmentally friendly materials.

The European Commission will present legislative proposals on integrated water management, groundwater and surface pollutants, common EU certificates for absorbing CO2 from the atmosphere, the right to remediation, transport and logistics emissions, and plastic and microplastic pollution.

The main focus will be on the decisions expected to be taken at the Glasgow COP by the 197 participating nations in November 2021.Not only will thousands of governments, climate activists and citizens’ associations from all over the world take part in the side activities, trying to convey the importance of a desirable step forward in limiting climate change, but also the consequences of failing to meet the UN’s 2030 sustainable development goals and those necessary to achieve EU climate neutrality.

The climate negotiations at the 26th Conference of the Parties (COP) of the UNFCCC (United Nations Framework Convention on Climate Change) will bring together more than 30,000 delegates, including heads of state, climate experts and activists, to agree on a coordinated plan of action to tackle climate change in the light of the decisions taken in 2015 at COP21 in Paris. Many of those decisions have not yet been implemented and will be compared with the recent findings of the 6th IPCC (International Panel of Climate Change) Report presented on 9 August.